In the early stages of product development, it is common to constantly be re-programming PCB's for both firmware development and building prototypes. To quickly flash boards, a simple development fixture can be designed to program boards and run early tests.

This is part 2 in a series that covers FixturFab Development Fixtures. In part 1, we designed a 3D printable development fixture with the Automated Design Service. Part 2 covers fabricating and assembling the fixture.

This guide goes over the parts we picked for the BOM, downloading the CAD files, printing the Fixture Base and Probe Plate, and assembling a mechanical Development Fixture.

This development fixture was designed to be 3D printed by ensuring that all test points were at least 75 mils apart (75 mil pitch). While possible to accurately 3D print smaller resolutions, we wanted to keep this reliable on an entry-level printer.

In the near future, FixturFab will release the files for laser-cuttable Development Fixtures that can handle down to a 50 mil pitch.

To follow along with this tutorial you will need the Development Fixture project designed in part 1 of this series. You will also need access to a 3D printer. We used an Ender 3 and PLA filament.

The BOM for a Development Fixture

And of course, you will need a SparkFun RedBoard Artemis.

3D Print the Base and Probe Plate

After designing the Design File Package that was covered in part 1 of this series, download the Fixture Case and STL files.

Parse the Probe Plate and Fixture Base STL Files

We used Prusa Slicer to import the STL files, slice them, and export the G-code for printing both the Base and Probe Plate. 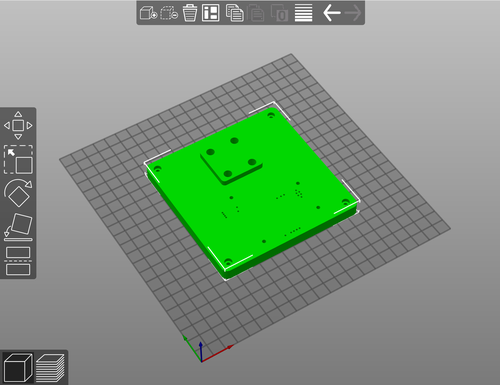 Exporting the G-code from the sliced Base STL file. 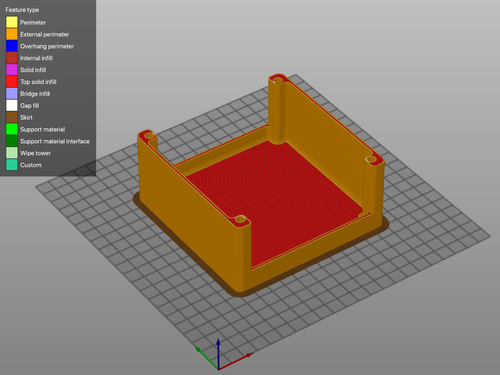 Print the Probe Plate and Fixture Base

Unfortunately, 3D printing will take several hours per part. We’ve 3D printed a stock of bases since they are generic parts. Then we only need to 3D print a probe plate whenever we design a new development fixture. 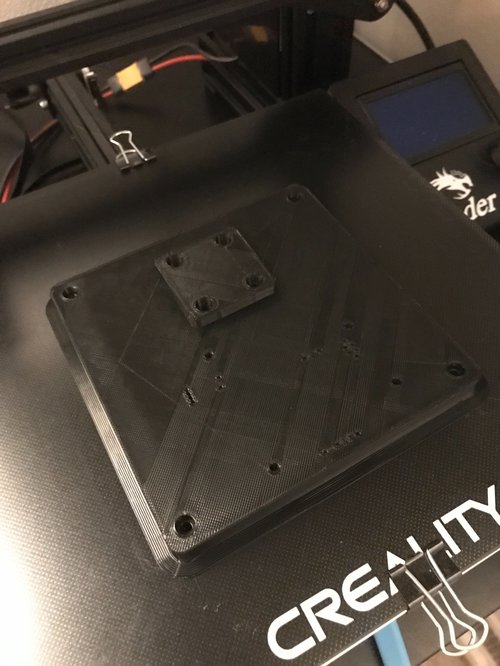 Use a soldering iron to install heat-set inserts. If you do not have the inserts, pre-drill a pilot hole into the base for the screws from the probe plate. 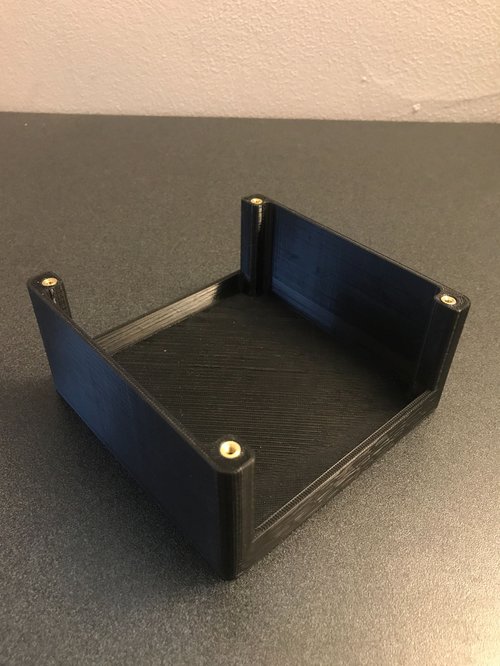 3D printed parts may struggle with precise holes. It is helpful to have a drill or rotary tool available to ream any tight holes. If a hole is too loose, you can use glue to hold it in place. 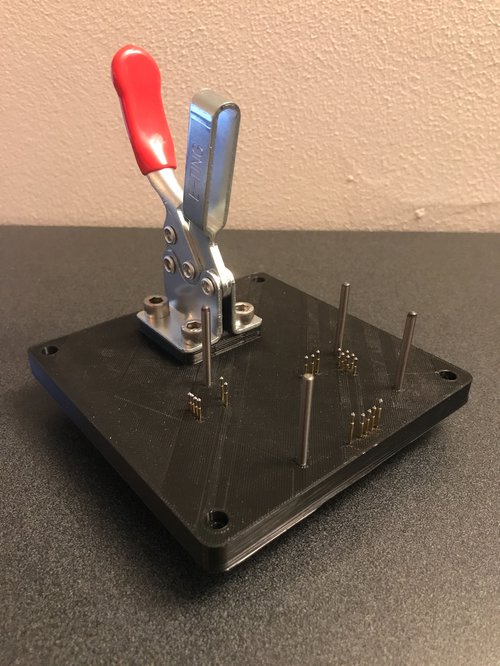 Take the finished probe plate and use the screws to attach it to the base. Test that the Artemis board fits and while in place add the plunger to the toggle clamp so it pushed down the center of the device under test (DUT). 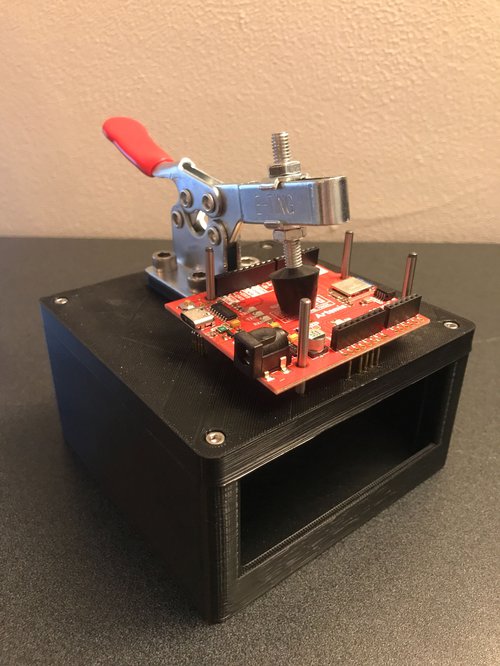 You now have a completed mechanical Development Fixture, quickly designed with FixturFab. The next part in this series will cover attaching the jumper wires to some entry-level test instrumentation, powering the board, flashing it with custom firmware, and running basic tests.